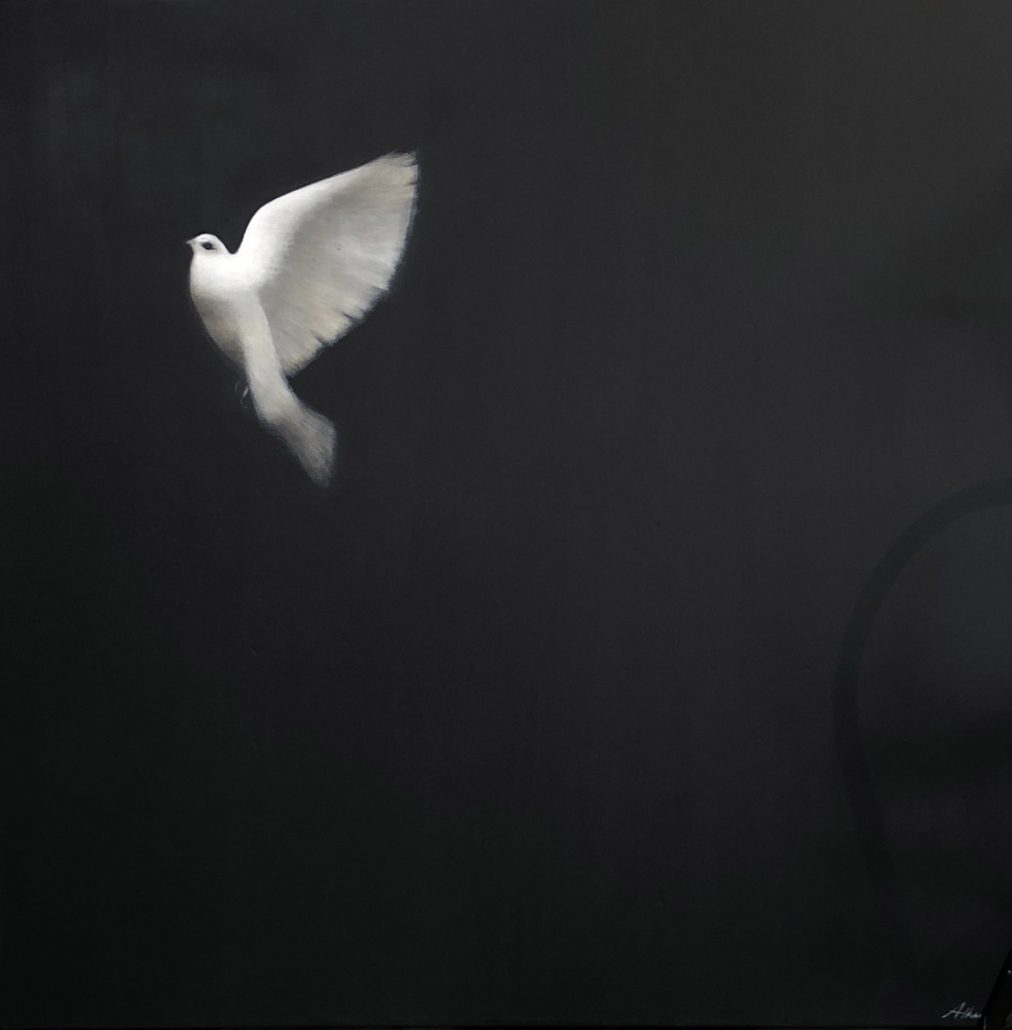 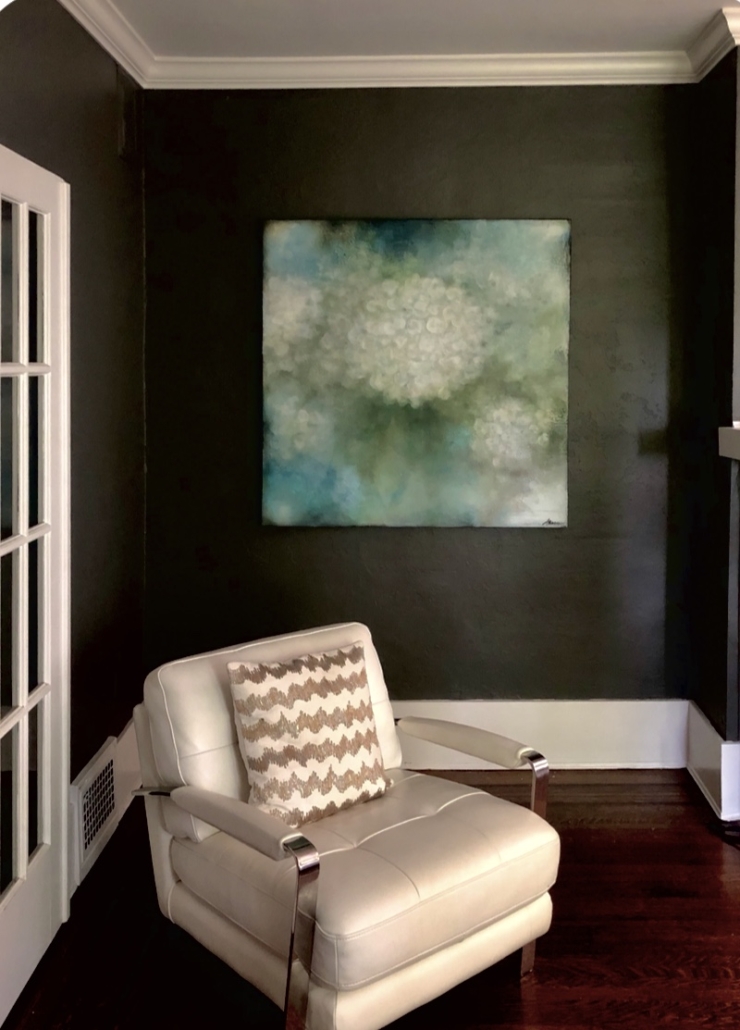 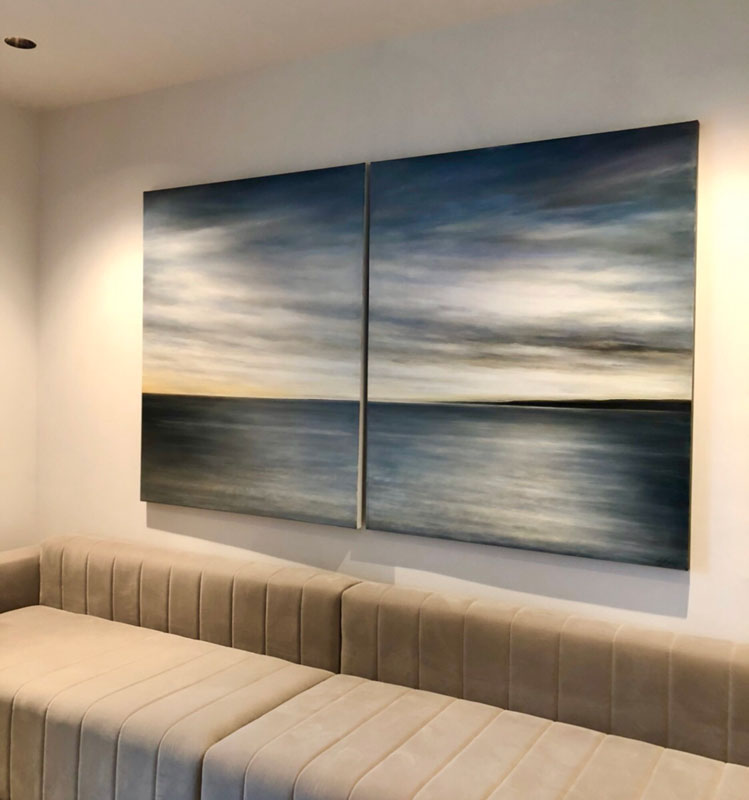 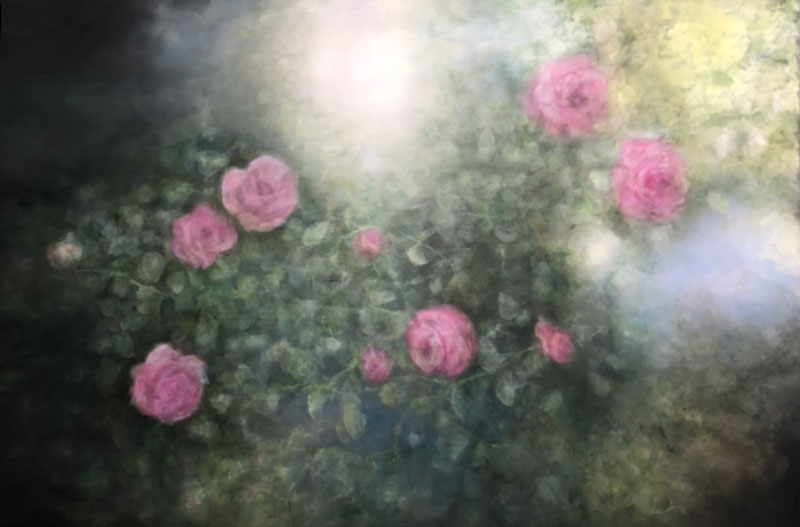 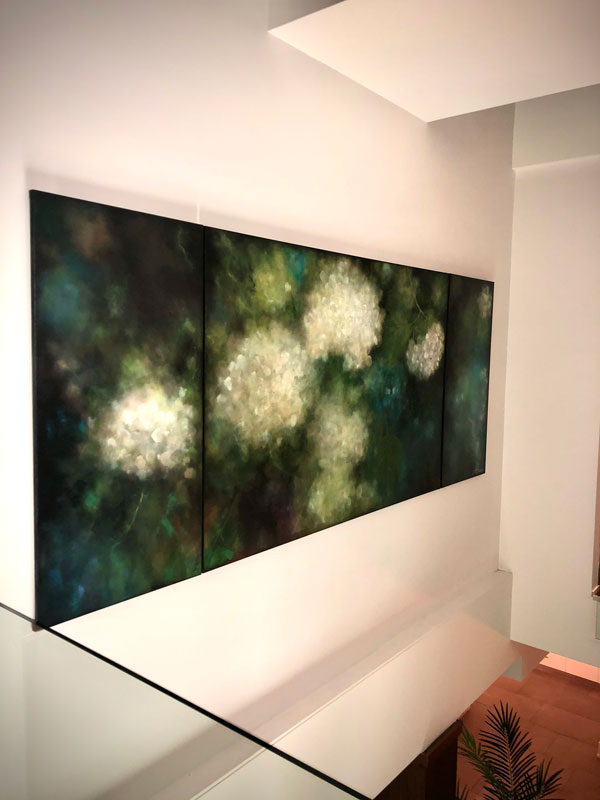 Making art for a living and for philanthropy

The decision to make art for a living is a brave one. As Henri Matisse put it, “Creativity takes courage.”

“I suspend the fear,” laughs Athena Bax, a Vancouver artist who for years has made and sold hundreds of paintings from her home studio, a live/work space in a converted office building east of Gastown.

Her real-life story and background belie first impressions of a probably privileged childhood, a prestigious art school and an automatic entrée into the patronage of international art world connections. In fact, she was born into Vancouver’s Greek-Canadian community, raised by a middle-class single mom, and she is entirely self-taught. Her only academic degree is from Kitsilano High School, where she graduated with awards for her art. With her great looks and style, Athena may appear outwardly to be just another Instagram cool girl, but appearances can be deceptive. On the inside she is a deeply spiritual being: an emotional softie with a tough work ethic.

She’s been working hard since she was 13, applying herself with diligence and, presumably, her abundance of charm.

“I got a job in retail with a letter from my guidance counsellor. I began at $3.65 an hour and was soon earning $6.”

After high school she was recruited to work in the growing software industry, creating visual graphics with design teams for games that were produced for big-name companies like 20th Century Fox and Disney.

Her mom’s passing in 1994 was pivotal. Looking to lighten up her career focus, she began working as a professional makeup artist, another job she nailed with no formal training. Instead, she trained other makeup artists to be trainers, working on an international makeup team at MAC for five years, then for seven years for a makeup and hair team from Proctor and Gamble/Wella. During that time, she began painting in the living room of her apartment in Vancouver’s West End.

One of the pieces she painted was a beautifully expressive portrait of her late mother, which now hangs in the bedroom of her living space. It was then that she took art as her life’s work.

“Before, it was all about income. Although I was always encouraged in my art, it was always considered strictly a hobby in the culture in which I was raised,” Athena says.

“I painted my late mom’s portrait in 2003 and everything clicked. I began painting professionally and never looked back.”

Her foray into the Vancouver art scene began at Liberty, a now-defunct West Broadway décor shop that was madly popular at that time. They hung her paintings and her reputation grew. Since then, she has been self-represented.

“I have been — and still am — my own gallery, my own promoter. I always call it living on a prayer. Good people show up.”

Athena believes in the power of good, light and love.

“I have dedicated my work to philanthropy first,” she says.

Her most recent painting, an impressive 50” x 72’’ canvas and the only art piece in the live auction at the 2019 Reveal Gala, benefits the Canucks Autism Network. Children with special needs are one of her favourite causes. Over the years, she has contributed her time and talent to Variety and many other important children’s charities.

The acrylics on canvas she paints are purchased by corporate and private collectors — everyone from dentists to developers.

“People don’t leave the studio buying my work unless they love it,” she says.

Six of her pieces hang in the spa at Vancouver’s elegant Wedgewood Hotel, where the soft focus and dreamy colours complement the soothing spa environment.

An ethereal atmosphere defines her artistic style. That and the soft focus are constants in everything she produces except for her equine and canine portraiture, which uses a more realistic technique to portray the animals she is commissioned to paint. Perhaps the most famous of these is Seamus, a chocolate Lab that belonged to former US President Bill Clinton. The portrait was commissioned as a gift from his friend, Frank Guistra, a well-known Vancouver businessman and philanthropist who also collects her work.

Athena works from photos for her animal portraits, and indeed for all her paintings. So what inspires her?

“I paint anything I think of: nature, the ocean, landscapes, rocks in the water. I am blessed because I can paint what is brought to me in my emotional vision. Right now, I’m obsessed with these heavenly florals.”

The light in those recent floral paintings was inspired by a photo of the heavens she discovered via the Hubble NASA space telescope feed on Instagram. She went to great lengths to recreate it, lying down flat on her back on an East Vancouver sidewalk to photograph a lush hydrangea bush with the sky as a backdrop. It was worth the effort.

“My paintings are my babies. I work on them until I feel I genuinely love them. At that point, I know I’m finished.”